So highschool is going amazing, I’m not posting regularly but I NEED YOUR HELP! Please watch this video my religion class made. We must win this competition!!!!!

That’s all for now!
~Alexandra

I am sad to post this will be my last post ever. The school year is ending and on Monday we will be graduating and since I am going to highschool I don’t think I will have enough time to keep posting…

This has been an amazing blogging year; I entered in the blogging challenges and that was a lot of fun. I also commented on many cool blogs that I could relate to. It is sad saying goodbye because this has been a big part of my life for two years now.

After one week reading “The Diary of Anne Frank” I am determined to finish it because I really want to know what happens in the end.

So far the beginning is about the two families settling into the Secret Annexe and how hard it is to adjust.  Anne is always worrying about her friends and family. After two months living in hiding Anne and Margo decide to home school themselves by reading books and getting lesson from their father. In the first few months their is alot of fighting and no one seems to grasp the severity of what is going on outside of the Secret Annexe.

Eventually bombs are set off miles away but they can still feel the shake and they get very frightened.  Sometimes they can peek out the window at night and see Jews being taken away. They soon relize how serious this war is. Anne is not getting along very well because she thinks she favours her sister.

The first year goes by rather fast and most of the things she writes about are about the war and the Secret Annexe. After awhile they take in Mr. Dussel a dentist who needs a place to hide. His  wife was in another country when war broke out so she is safe.

We read 25 pages every time we meet and so far we are almost done. I can’t wait to read the ending!

For a history project we had to find a political figure in the form of a cartoon from confederation. It also had to have an underlying message.

The picture I chose is displaying two polititians fighting while the other one is sitting there saying “I’m glad I don’t speak French.”

The illistrator  is basically saying that confederation was a hard desicion. Lots of details had to be thought out and some people may not have agreed.

For our Science Culminating Task we had to make a Prezi and a Media Release. We are indeviduals working for United Nations.

In class we were told to pick a world issue so I decided to do mine on the famous campaign Kony 2012. Go to kony2012.com to learn more.

For a science assignment we had to create a glog on ‘Glogster’ It is a very fun site where you can create a poster like the one I created below (link).

Peyto Glacier
That’s all for now! 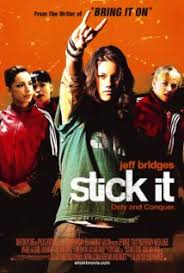 The movie that has the biggest impact on me is my favourite movie,  ‘Stick It’. It is about a young girl named Haley who has had one to many run ins with the law. Her big secret is that she was once an amazing gymnast who walked out on Worlds and demolishing the USA teams dream at winning a gold. The main idea is that the judge sends her to VGA – Vickermans Gymnastics Academy where she faces her fears and try’s making it to worlds one more time and in the process showing that no one , not even the judges and control you. For a History assignment we had to watch two interactive videos on our e-learning accounts and then answer three questions.

I noticed that…The agricultural industry was the backbone of Ontario and Quebec.

I was unaware of… In 1867 , Ontario, Quebec, New Brunswick, and Nova Scotia were the only provinces that were a part of confederation.

For a science assignment we had to pick a helpful machine that has been automated for better/worse.
Above is my assignment I did on Prezi.  http://prezi.com/

Welcome to your brand new blog!

This is a sidebar and can be changed in Widgets in your dashboard.

You can also modify number of sidebars in theme options!